What Is Going On Now.

Posted at 17:47h in Uncategorized by eliaso@davidortizadvisor.com 0 Comments
0 Likes

I want to thank Investopedia’s Caleb Silver for the work that he put into this article to make sure that the people are well informed. Not only on the status on their money, but on the status of the turbulent market that we are a part of currently. Please read the article below and make sure that you are Planning Smarter & Living Better.

Insight after the bell

By Caleb Silver, Editor in Chief 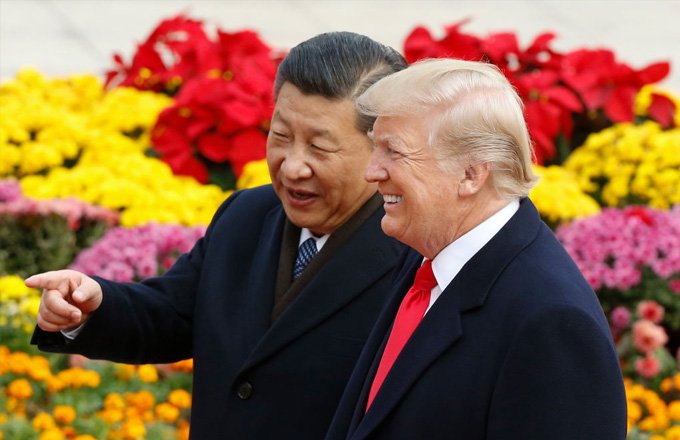 A lot going on

Markets didn’t move much today, until they did.

Morgan Stanley (MS) missed key earnings targets and, though bond trading has been a thorn in the side of all banks recently, the bank reported remarkably weak bond trading performance. The bank’s performance raised questions and concerns among analysts.

However, Morgan Stanley didn’t weigh down the market too much, as earnings from financial companies have been generally positive.

However, this news was followed quickly by a senior administration official saying that, “there’s no discussion of lifting tariffs now.”

Stocks ended up settling back to close to where they had been before the news broke, which was up about .65% across the three major indexes, due to a lack of bad news generally, it seems.

Yesterday, we acknowledged the passing of John Bogle. He was one of the most influential figures in modern investing, popularizing the index fund, and railing against fees from brokers and managers that take returns away from hardworking people trying to invest in and save for their retirement. A post-mortem profile in the NYT reminds us that John practiced what he preached, too.

If you’re looking for some reading, try one of five books from the legend,here.

Shutdown by the Numbers (that we have)

In other news, the shutdown marches on. We haven’t talked too much about what that means for the economy, and you may be wondering why. The long and the short of it is that, basically, there’s no way of knowing. There’s a piecein the WSJ today, which sums up our dilemma nicely, saying “the partial shutdown of the U.S government is simultaneously hitting the economy and constricting the flow of data by which to gauge how big the hit actually is.”

Here’s what we can tell you: There are about 380,000 furloughed federal workers who have missed a paycheck, and will (perhaps) miss another one. There are 420,000 more federal employees who are in the same position, except they’re still working. Government contractors may soon run out of money to pay employees. All of this will have/is having a real impact on U.S. consumer spending.

Between the shutdown and longer security wait times at the airport, there are likely less people flying, costing airlines a fortune.

The SBA has stopped approving regular small business loans. And the partial capacity of the I.R.S has meant students cannot apply for certain grants covering tuition and housing.

Oh, and at a moment when consumer confidence in the U.S. economy is wavering, we have data on pretty much none of it. Because the government is shutdown. The irony. It’s almost funny, but it’s so not.

In other other news, there’s a great, quick piece of analysis in The Atlantic from Derek Thompson about the future of Big Tech called “The Attention Economy is a Malthusian Trap”. In it, he’s talking about tech industry stock P/E ratios, and how they’re the lowest they’ve been in years.

Why? Because tech companies have essentially been media companies, and have swallowed media so effectively that there doesn’t seem to be a whole lot of room for growth. Tech companies are quite literally coming up against “the natural limitations of population and waking hours.” Tech stock P/E ratios have been tempered by this realization.

So, the question is, does tech have a second act? Thompson thinks they do. In the form of online retail. Read his piece for more.

Below, James has the chart of the day, tracking the FAANGs since the December lows, and breaking down the Netflix earnings report

Chart of the Day: FAANGs Flying High Since Market Bottom

After the market hit bottom on December 24, stocks have clearly rebounded sharply. And FAANG stocks have been no exception. If you’re not familiar with the FAANG acronym, it’s a variation of the term, FANG. FANG was coined by CNBC’s Jim Cramer, and it originally stood for a handful of the largest and best-performing tech stocks: FB (Facebook), AMZN (Amazon), NFLX (Netflix), andGOOG (Alphabet). AAPL (Apple) was later added on (it’s unclear why it was excluded in the first place) to coin the new acronym, FAANG.

Since the overall market carved out a bottom in late December, FAANG stocks have all been positive. But some have done much better than others. For example, while AAPL has stagnated a bit at around +6% (less than overall market performance), NFLX was the clear leader at more than a 50% gain since December 24, which is nothing short of phenomenal. Netflix just released its earnings report on Thursday after the market close, and its Q4 results were mixed. While earnings-per-share (EPS) beat expectations, revenue fell short and the stock price dipped in after-hours trading. Missed revenue could pose a problem going forward, as the company just increased subscriber pricing two days ago. While higher fees per subscriber will certainly add to revenue, Netflix runs the risk of subscribers and prospects balking at the price hike.

Despite this after-hours blip, FAANG performance overall has generally been exceptionally strong in the past four weeks, eclipsing tech stocks as a whole and the broader U.S. market. But are the FAANGs really back? That will depend in large part on whether Apple can make a meaningful comeback.

Remember that no matter what is going on in the market, you still have a way to better prepare yourself. As long as you Plan Smarter & Live Better.